OK, I love this pattern! 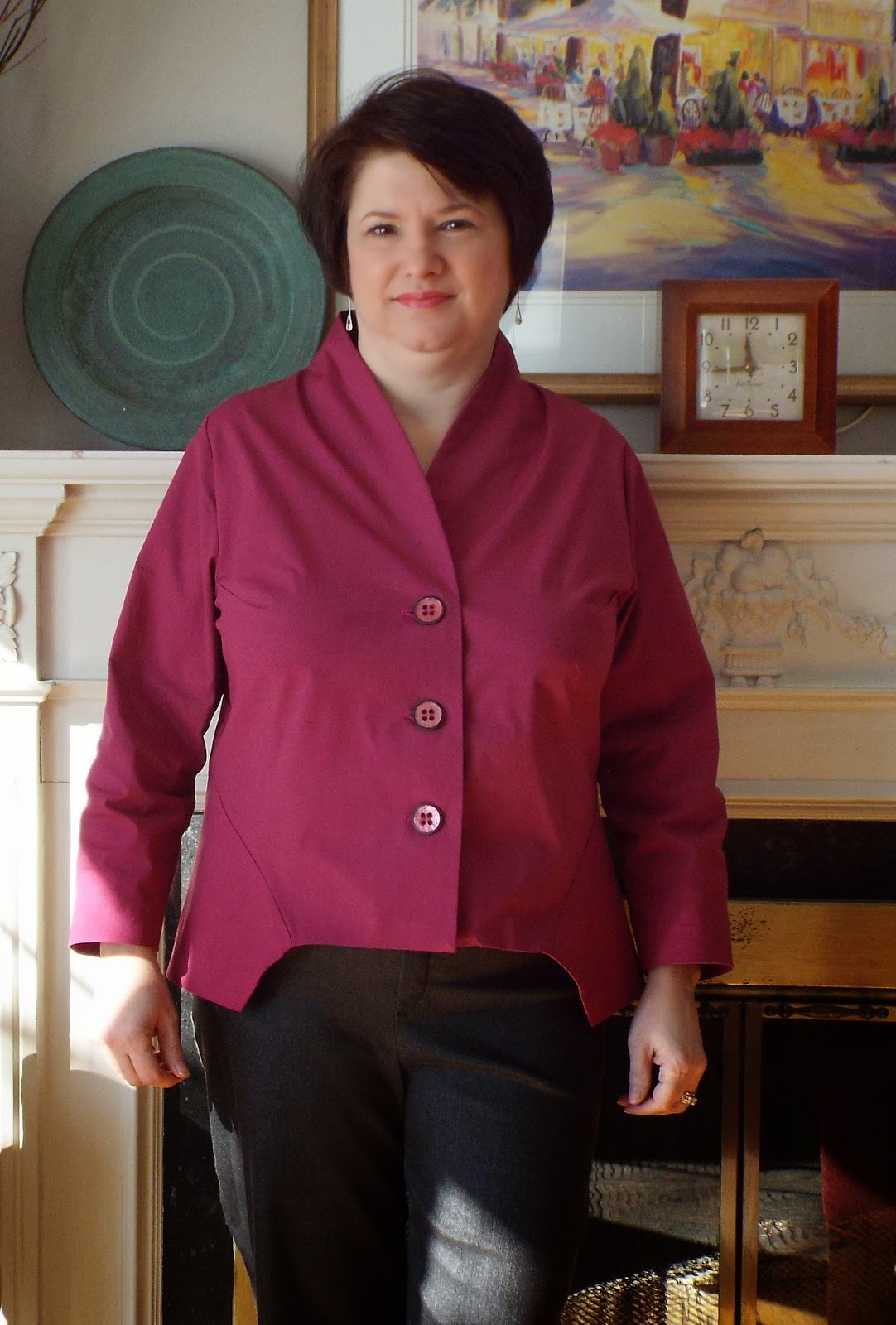 This is a new Marcy Tilton Vogue pattern # 8982. I just love it. Its a shirt but not an ordinary shirt.  Different, but not crazy. And it's not just a shirt, it's a jacket, a vest and a short sleeve shirt. Its totally understandable why this is one of Vogue's current best sellers. 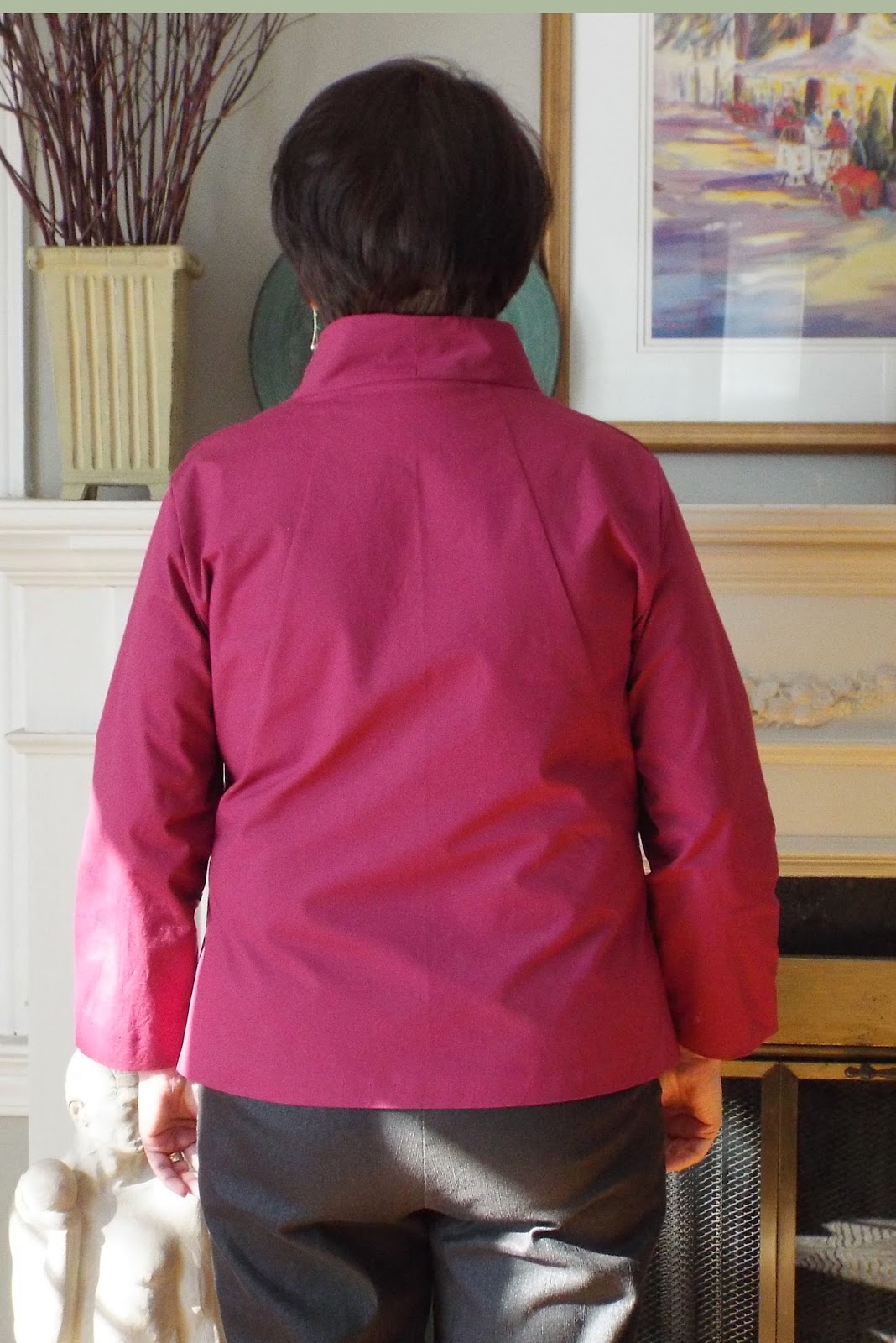 I made this plum colored one with a stiff shirting fabric from almost the very bottom of my hoard. I generally dislike wearing stiff fabric but I love this shirt! 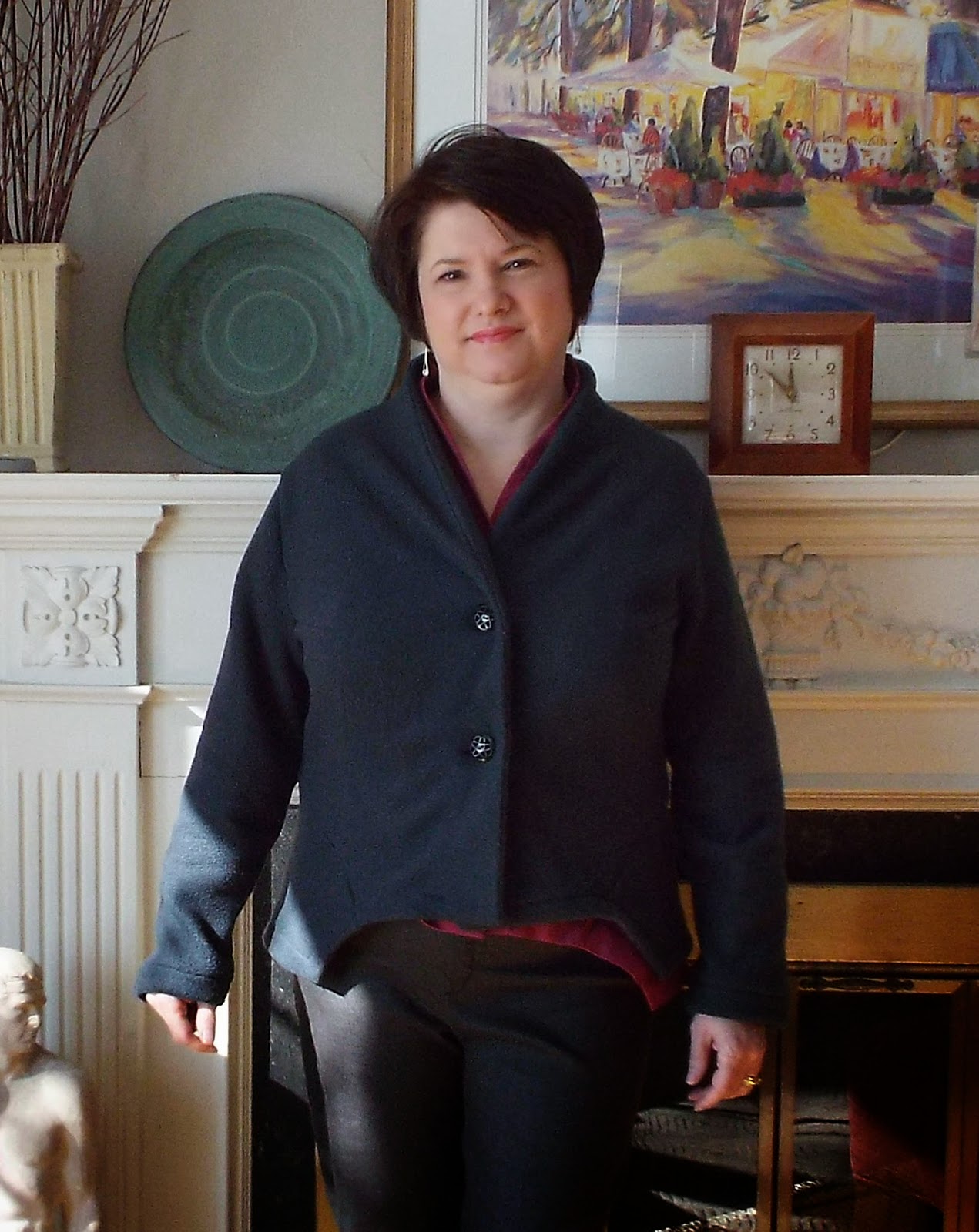 This one is fleece. You can see I made the sleeves longer. I was going for warmth with this one! Its actually the first time I ever made a garment from fleece. This cold and snow is getting to me. 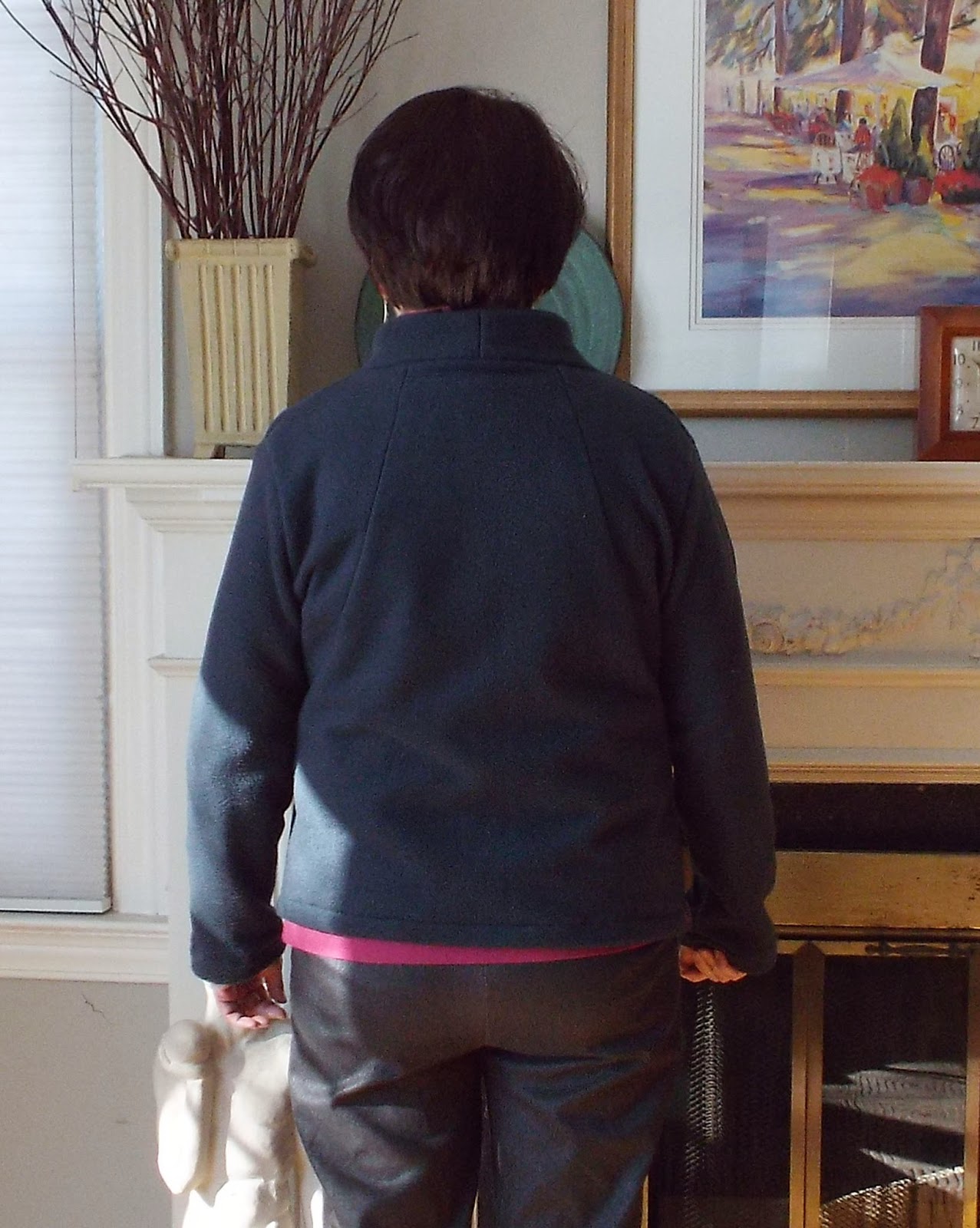 The only change I made to the pattern was an FBA. There is a lot of ease in this design though its doesn't look like it on the envelope. I made a size 12 with 2 inches added via an FBA for my 42 inch bust. I would recommend you sew a smaller size than you'd usually. Its also pretty short in the front (my FBA added an inch) and I think that would be a problem for some (I'm not quite 5"'). Its super easy to sew.

I thought I had a complaint, but it turns out I was wrong: It was a bit of a challenge to get the hem nice in the woven fabric, but that's because I didn't cut the hem facing.

I like this pattern so much, I'm going to have to force myself not to make 6 more right away!